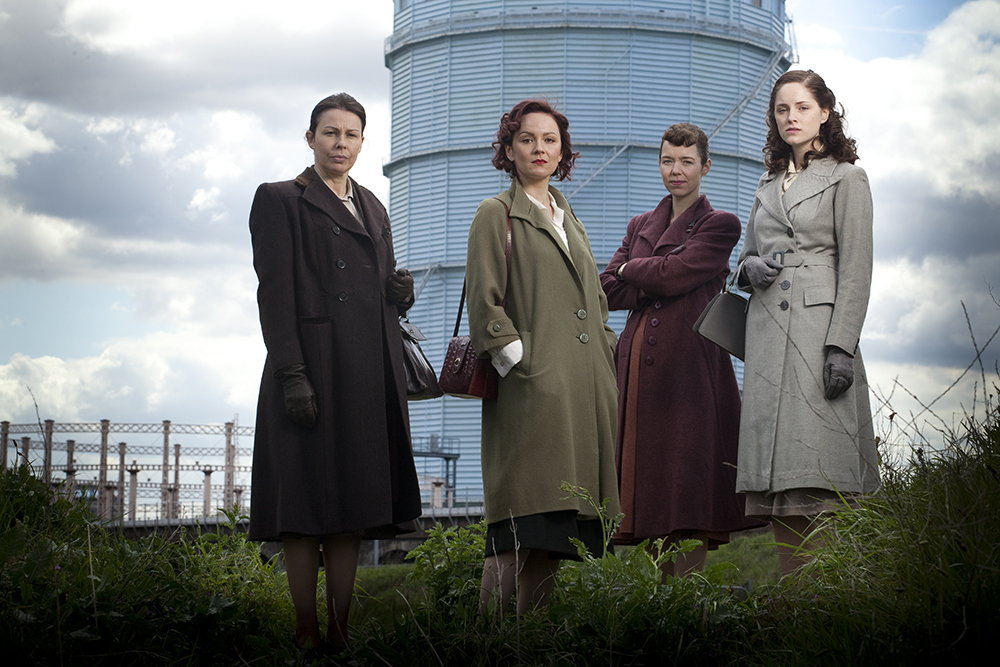 Sofia, Bulgaria, 1 August 2018: Leading international media company Viasat World today announces that CEE provider of digital and communications solutions A1 has added Epic Drama to its IPTV and cable (DVB-C) platforms in Bulgaria. From today, A1 Bulgaria (previously Mtel) subscribers will have access to the 24/7 365 home of epic drama – extending the channel’s reach in the CEE region and further growing Viasat World’s business with the major operator.

Emma Jones, VP Commercial Affairs at Viasat World, comments: “We are delighted that A1 group is adding Epic Drama to its platform in Bulgaria – testament to our commitment to understanding our clients’ needs and our shared goal of delivering relevant content to audiences. In its first six months, Epic Drama has made a huge impact and is clearly addressed the gap which our research identified - giving people access to world-class, acclaimed drama content 24/7 when and where they want it. The continued rapid growth of the channel is indicative of our agility to respond to what viewers and partners are looking for as an independent broadcaster, alongside our ambition to expand our reach.”

Simeon Donev, Senior Director of Marketing at A1 Bulgaria, said: “Following the success of Epic Drama on our platforms in Croatia, Slovenia and Macedonia, we welcome the channel in Bulgaria today. It is a fantastic addition to our offering; a true destination for drama fans looking for the biggest and best series from all over the world. We know it will be a huge hit with our subscribers. The launch of Epic Drama is part of the ongoing efforts of А1 at improving its content and delivering the best TV service in Bulgaria to our clients.”

Epic Drama launched in Viasat World’s key international markets in December 2017, harnessing the company’s renowned content curation expertise to stage over 600 hours of the very best drama series from around the world. The home of big-budget, HD drama series, most of the content is produced within the last three years and exclusive to each market. With broad appeal to drama fans, Epic Drama gives audiences access to acclaimed and compelling period drama series touching a range of genres, including crime and mystery, classic literary, politics and power, war, action adventure, real history and fantasy.

The A1 Group has more than 24 million customers across seven countries in Central and Eastern Europe and has been a long-standing partner to Viasat World for more than a decade, with Epic Drama already available on its platforms in Croatia, Slovenia and Macedonia. The Bulgaria deal sees Epic Drama take up EPG position 11, reserved for new channel launches, and join Viasat World’s other flagship channels – Viasat Explore, Viasat Nature, Viasat History and TV1000 – already on air in the market.

With Epic Drama initially available in SD via A1 Bulgaria’s IPTV and cable (DVB-C) platforms from today, it will be available to all subscribers by the end of the month. On 1st September, the channel will move to its permanent EPG position in IPTV, cable and DTH, switching to HD.

Programme highlights on Epic Drama throughout August and September include:

Beowulf: Return to The Shieldlands, epic fantasy drama which follows the legend of Beowulf as he returns to his homeland of Herot in the Shieldlands to pay his respects to deceased king Hrothgar

The Tudors (season 3 and 4), a gripping historical drama which sees passion, ambition, and treachery collide in the early years of King Henry VIII's infamous 40-year reign. With his brief marriage to Anne of Cleves annulled, King Henry VIII immerses himself in a new relationship with the teenager Katherine Howard

Bletchley Circle (seasons 1 and 2) which set during WWII, follows four seemingly ordinary women who worked at Bletchley Park and played a vital role, breaking the codes used by the German military

Endeavour (series 3 and 4) which see Oxford's finest Detectives picking up the pieces of their personal and professional lives as they are caught up in the frontier of the future - computers, pop music, national health, nuclear power. As the struggle between old and new plays out on the battleground, they are plunged into their most perilous, baffling, and terrifying cases to date.